It’s a gorgeously clear, moonless night. The stars are so clear and sharp they look touchable. And also completely implacable and uncaring about some little creature that calls itself “homo sapiens” (despite not being very “sapiens” in reality). The universe cares not a whit about us, and it’s entirely possible that Covid-19 is just the planet’s (or the universe’s) way of ridding itself of a cancer that can’t even think of its own self-preservation and instead keeps plowing straight ahead toward doom. I guess we’ll know in the next few weeks or so.

— Notes from a couple of evenings ago

Well, here we find ourselves, in a new world that can never go back to what it was before this new coronavirus swept the globe. And while I ache for the pain and suffering that millions (and possibly billions) will endure in the times to come, maybe that’s a good thing. Maybe something that scares the bejesus out of us all and cripples every aspect of our day-to-day lives is just what the cosmic doctor ordered for this world buried in us-against-them antagonism.

It can’t be that this is a purely natural event and we humans are just another cog (of many) in a huge machine, can it? But, but…we’re special! Aren’t we?

Like it or not, you can be afflicted with this virus. Like it or not, even if you are fortunate enough to be spared the virus, you are dependent upon the society in which you live for the basics that keep you alive. Like it or not, your country is dependent on the actions (or inactions) of all the other countries on this globe. At least, that is, if you want to go on living the way we have been for some time. There’s no frontier to escape to — and I say that as one who sought to escape several times: to Montana, to Alaska, to a sailboat — and even if there was, you’d still have to come to town to get at least some supplies, thereby opening yourself up to infection.

And maybe that’s where this pandemic can be a teaching device for the human race. Maybe if we are under siege by something we can’t see, and maybe if we can’t really wrap our heads around just how insidious this force is, maybe we’ll be able to extrapolate our experiences with Covid-19 to something similarly civilization-threatening that we can’t wrap our heads around…like, say, climate change and grotesque wealth inequality. 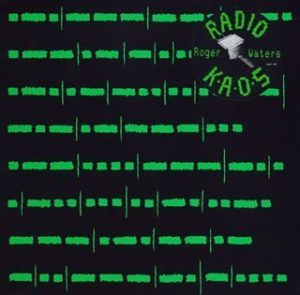 I keep coming back to Pink Floyd-founding member Roger Waters’s 1987 solo album, “Radio K.A.O.S.” In that concept album, Billy, a mentally and physically disabled man, hacks into military satellites to simulate a worldwide nuclear attack while also disabling the world military’s ability to respond. As people the world over count down to obliteration, they pull together and realize what’s really important. In the aftermath, when Armageddon hasn’t occurred, the world unites and sings together, the power finally “wrested…from the warlords.”

I hope this world-changing pandemic serves as the simulated apocalypse of the album, an event that shakes all the people of the world from the delusions that we can ignore each other, that we can ignore the future we’re barreling toward, and that all the “pull themselves up by their bootstraps” malarkey was just so much bullshit.

Even a curmudgeonly hermit realizes that we’re all in this together. Because even if this person or that person doesn’t come down with the coronavirus, he/she may still be carrying it and infecting others, and that’s why we need to think of others: in hopes that those others are thinking of us. I realize that there are plenty of people, some of them with out-sized influence in our culture, calling this all a hoax. Try telling that to the virus. Or to the people — from the old folks in a Seattle nursing home to the 21-year-old professional soccer coach in Spain — who have already died as a result of our arrogance and obstinence.

It’s gonna get a lot uglier before it gets better. I just hope that we apply the lessons we (hopefully) will learn.

Stay safe out there, folks.