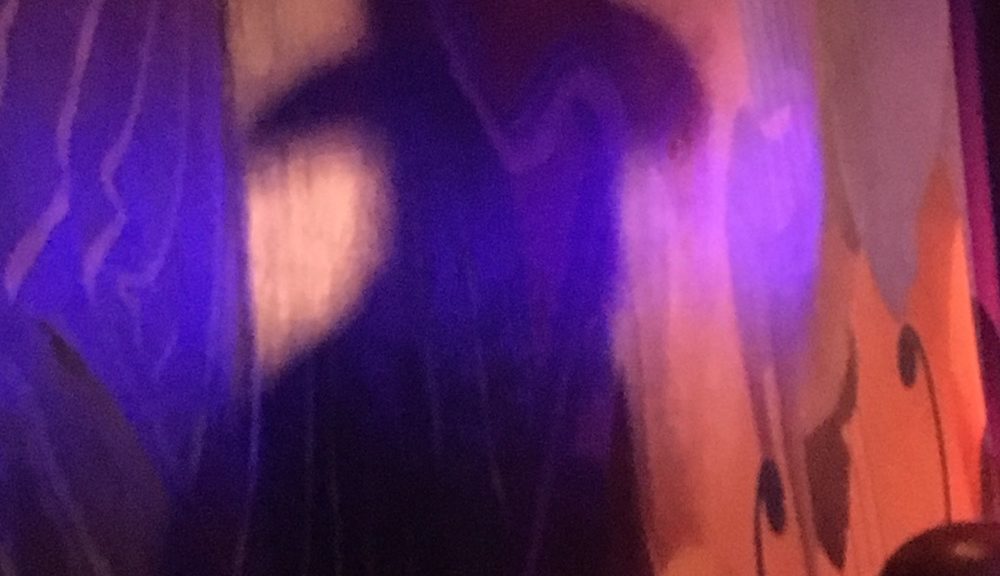 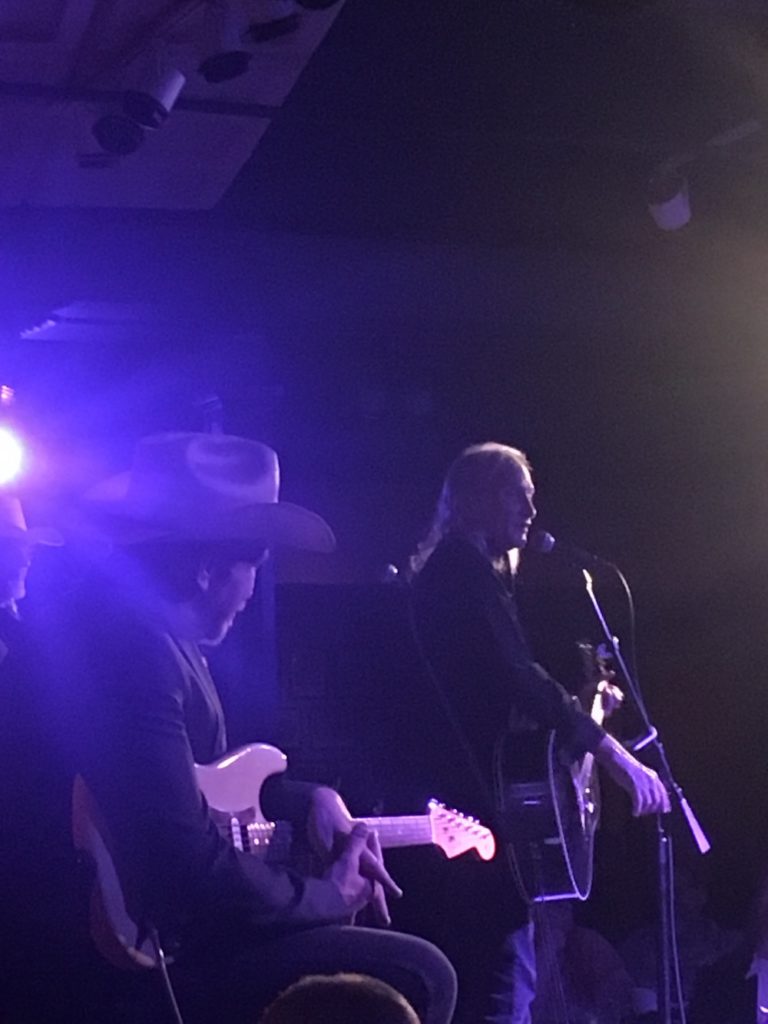 Wow. What else would you expect from two legends? Guitar virtuoso Dave Alvin and Texas singer/songwriter Jimmie Dale Gilmore teamed up to make an album after 30 years of friendship. And, as it turned out, having found their musical roots in the same place(s) way back when. 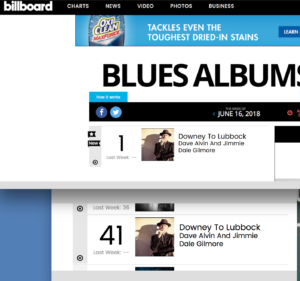 The album, “Downey to Lubbock,” which is currently at the top of the blues charts AND at No. 41 on the country charts (prompting Alvin to wonder, “What kind of music do we play?”), is a wonderful pairing of skills, with Alvin’s guitar and deep voice setting the foundation for Gilmore’s airy vocals and harmonica counterpoint.

And last night’s show highlighted all that — and the storytelling skills of these two road warriors.

That it took place in such an intimate venue made it that much more amazing. For you friends in San Diego: I’ve seen both Alvin and Gilmore at the Belly Up and boy oh boy, did last night’s show point up just how shitty that venue really is. Yes, it’s a great location and a great vibe, and I loved being able to walk there (which I can do for Ram’s Head shows too, which is nice) but let’s be honest: the acoustics flat out suck. You know this. And even worse, no one in any Belly Up crowd EVER shuts the fuck up, so you can’t hear the music you paid to experience. 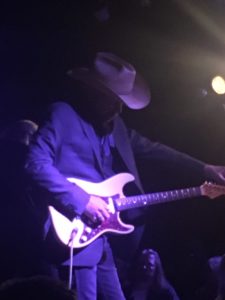 None of that at the Ram’s Head. It’s a seated venue with waitstaff, so there’s an order to the place. As a result, people are focused on the performers on stage so there’s none of the din. And the physical attributes of the room (unlike the quonset hut that is the Belly Up) make the sound warm and rich. That said, the vocals could have been mixed a bit more prominently last night, but that just meant a lot more of Alvin’s precise, screaming guitar — an okay trade-off in my book.

Alvin and Gilmore continue their tour throughout the U.S., even stopping in at the Belly Up in late July. Check the schedule and if there’s a show near you, don’t miss it. And if you’re ever in Annapolis and the Ram’s Head is hosting a show you might like, don’t hesitate to enjoy this wonderful little venue.