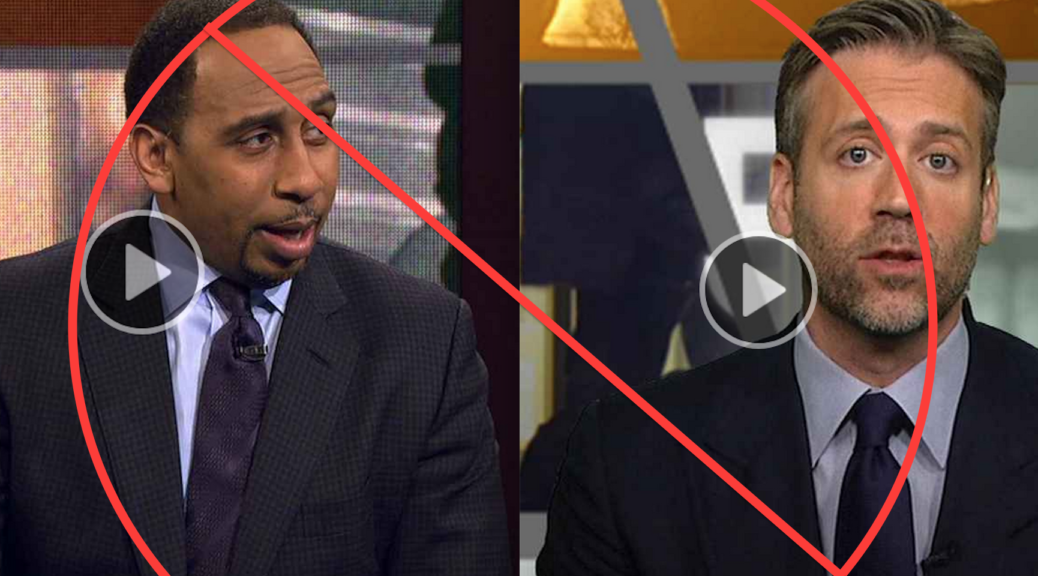 All things pass. That dictum is as true and irrefutable as death, taxes and the fact that the Earth is round (sorry, flat-Earthers). 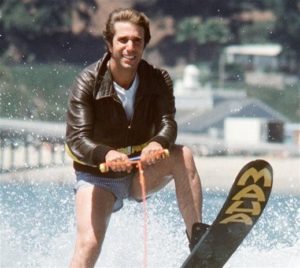 And so it was that on September 20, 1977, the great Arthur Fonzarelli donned a pair of water skis and vaulted his way skyward, however briefly on television but eternally into the American idiom, jumping over a shark. Fonzie, Henry Winkler, and Happy Days were passing, as all things indeed must, and American culture would never be the same.

Fast-forward to the mid-2010s. There are roughly 17 million TV channels, and an almost-equal number of streaming websites, for the viewing public to choose from in this day of the 24-hour news-and-entertainment cycle. Even sports, that last bastion of it-has-to-be-live viewing, has fallen prey to the need to be constantly buzzing, constantly generating controversy — constantly garnering viewers/clicks/likes/whatever that media companies can somehow monetize.

As a result, sports channels don’t show a whole lot of sports anymore. Games — you know, what sports IS?! — are interspersed a steady stream of talking heads screaming at each other. And they’re not shrieking out facts. No, they’re yelling opinions at one another. Because that’s what sports in 2018 has become: opinion. Or rather, I should say: that’s what sports MEDIA has become in 2018.

I love sports. I’ve been playing sports since before I can remember and I still play regularly in this, my sixth decade on the planet. The whole point of sports is that it is the very definition of drama: there’s a contest between two or more forces and no one knows what the outcome is going to be beforehand. That’s why the games are played; that’s why we tune in. 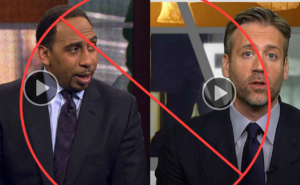 Now, the games are an afterthought and today’s sports media has even me souring on its raison d’être. I was having lunch out today and the place had the idiot box on to a show featuring a whole table of people yelling at each other about what they think is going to happen to the Cleveland Cavaliers. Never mind that none of them KNOW anything definitively. Never mind that it’s only January. And to be even more blunt: I could not possibly care less what Stephen A. thinks about this, or Max says about that. Who cares what a former NFL player thinks about developments in the NBA? And there has never been anyone whose opinion means less to me on any topic, least of all sports, than Skip. They’re never right and yet they have no accountability. They provoke, that’s all. Throw in all the people bloviating online and it’s a dizzying waste of electrons bouncing around the atmosphere, making us all dumber and less civil.

The sad part is that between the pervasiveness of this obnoxious so-called “journalism” and the insufferable game broadcasts with their 8 million commercials and hokey promotions and sideline interviews and pre- and post-game shows and blah, blah blah, is that it is, as I say, souring fans on the sports themselves. It reminds me of back when the NHL was experiencing its first work stoppage and Wayne Gretzky responded to a question by saying he hoped the game would survive. My immediate response was, “Hey, Wayne? The game will ALWAYS survive. The NHL might not. And would that be such a loss?” It’s getting to the point where I don’t even want to tune into pro sports anymore. The sports themselves, they’ll survive. The media and the leagues? Hard sayin’, not knowin’. I’ll always be playing pond hockey. But watching the NHL? Meh.